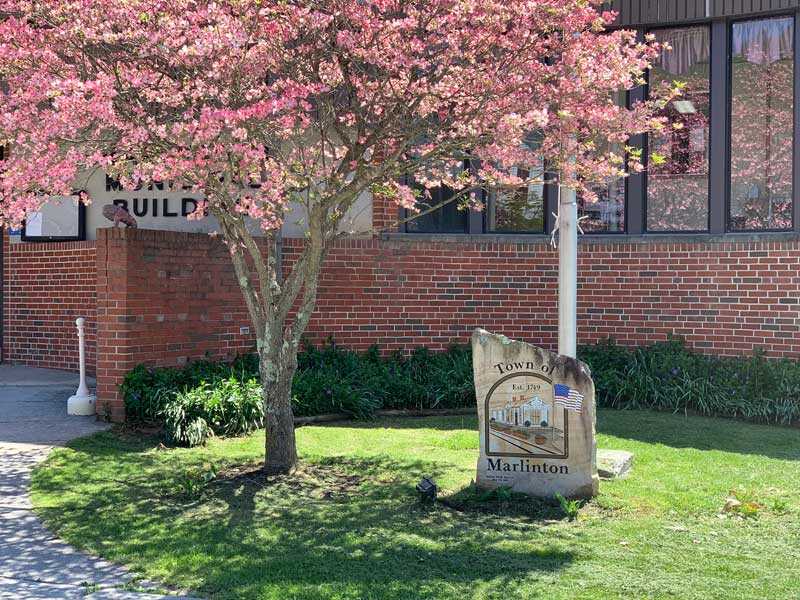 Until the trains quit running through Marlinton, there was a sign at the Depot that read, RAILWAY EXPRESS AGENCY. Wherever happened to the sign? Where has the sign been? And how did it return home again? Below is a little background:

On the last day the Marlinton Depot was officially open, the agent in charge asked Wilbur Curry if he would like any of the items that were being removed from the Depot area. Wilbur said he would like to have the sign, and the agent in charge gifted Wilbur with the Railway Express Agency sign. Wilbur’s son, Greg, said Wilbur was quite proud of that sign as he placed it in plain sight. He hung it on the outside of a little red storage shed on his property on Jericho Road. The sign remained there for several years.

“After Mom and Dad passed away, my sister and I were sorting through their belongings, Greg said. “I looked at my sister and said ‘I know what we need to do with the Railway Express Agency sign.’ I told my sister that the sign needed ‘to go to its home’ which was the Marlinton Depot. My sister said ‘absolutely it does.’”

For those of you who did not know Wilbur Curry, he loved to tell the story of how he and his wife, Gaynell, got together. They were with a group that was sleigh riding off of the hill known as “Jenny-Split”. Wilbur said Gaynell got on his back to ride off the hill and “she had been on his back ever since.”

Wilbur was born at Cass and passed away at Greenbrier Valley Hospital in Ronceverte. The railroad linked those two places. Marlinton was in between, and that is where Wilbur spent the majority of his adult life.

When Greg realized January 15, 2022, would mark 100 years since Wilbur Owen Curry was born into this world, it seemed like a good time to return the sign to the depot and celebrate Wilbur’s  years in Marlinton.
So, in the words of comedian Bill Engvall: Marlinton Depot, “Here’s your sign.”