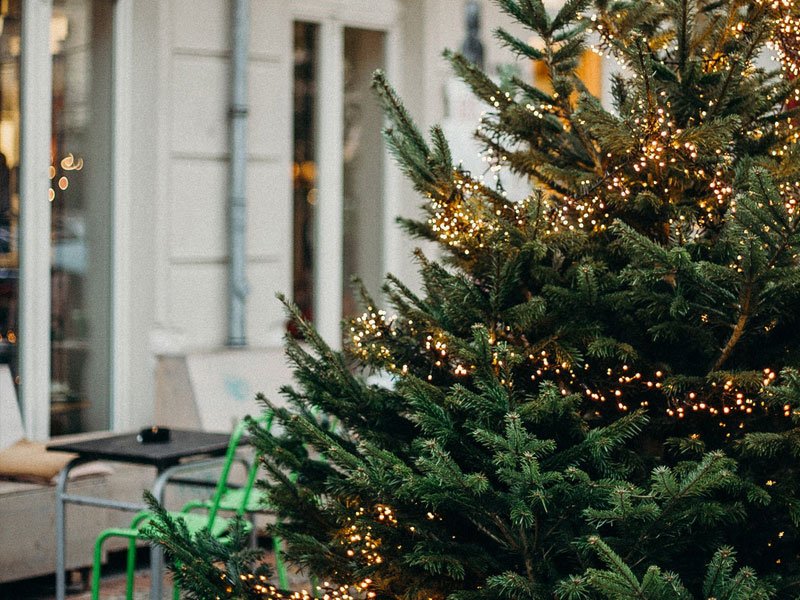 Isn’t it funny how certain things you see or certain aromas can take you back to another time? What is it about Christmas lights that makes us happy?

Trees without leaves transform into something beautiful when you put lights on them. A Christmas tree makes for a relaxing atmosphere when it is the only light in the room – which brings me to some Christmas tree trivia that I picked up somewhere: The first person to decorate a Christmas tree was reportedly the Protestant reformer Martin Luther (1483-1546). According to legend, he was so moved by the beauty of the stars shining between the branches of a fir tree, that he brought home an evergreen tree and decorated it with candles to share the image with his children.

The first printed reference to a Christmas tree was in 1531, in Germany. There are two competing claims as to which president was the first to place a Christmas tree in the White House. Some scholars say it was President Franklin Pierce in 1856; others say President Benjamin Harrison brought in the first tree in 1889.

President Teddy Roosevelt, an environmentalist, banned Christmas trees from the White House in 1901.President Calvin Coolidge started the White House lighting ceremony in 1923, a ceremony that continues to this day.

My prayer for you and yours this Christmas season is for hope and joy and peace. Merry Christmas.